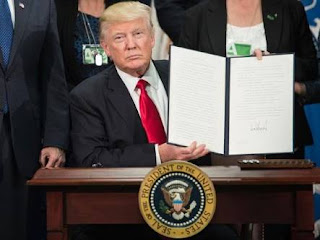 Monali Sarkar reveals how the companies that the world is watching reacted.
Google :
Google Chief Executive Officer Sundar Pichai slammed Donald Trump's executive order on immigration in a memo obtained by Bloomberg News.
'It's painful to see the personal cost of this executive order on our colleagues,' he wrote. 'We've always made our view on immigration issues known publicly and will continue to do so.
Google asked all staff traveling overseas who may be impacted by the new order to rush back and offered the assistance of the company's security, travel, and immigration teams.
'We're concerned about the impact of this order and any proposals that could impose restrictions on Googlers and their families, or that create barriers to bringing great talent to the US,' a Google spokeswoman said in a statement.
'We'll continue to make our views on these issues known to leaders in Washington and elsewhere.
Pichai also retweeted a Wall Street Journal article on how the order has impacted the life of a Google employee, saying, 'For generations, this country has been home to immigrants like Sanaz. Her story is playing out all over the country. Google is with you.
Google's co-founder Sergey Brin was born in the Soviet Union. His family fled to the US in the 1970s. CEO Sundar Pichai was born and raised in India.
Apple :
Apple CEO Tim Cook criticised the immigration ban in a memo.
According to Recode, Cook wrote, 'Apple would not exist without immigration, let alone thrive and innovate the way we do... I've heard from many of you who are deeply concerned about the executive order issued yesterday restricting immigration from seven Muslim-majority countries. I share your concerns. It is not a policy we support.
Borrowing the words of Dr Martin Luther King, he added, We may have all come on different ships, but we are in the same boat now.
Apple has reportedly reached out to the White House to lobby the negative ramifications of this order.
Apple founder Steve Jobs father was a Syrian immigrant to the US.
Facebook :
'Like many of you, I'm concerned about the impact of the recent executive orders signed by President Trump,' Mark Zuckerberg wrote on his Facebook page.
'We need to keep this country safe, but we should do that by focusing on people who actually pose a threat... We should also keep our doors open to refugees and those who need help. That's who we are.
'We should also keep our doors open to refugees and those who need help. That's who we are. Had we turned away refugees a few decades ago, Priscilla's family wouldn't be here today, he noted, but added that this issue was personal for him even beyond his own family.
'A few years ago, I taught a class at a local middle school where some of my best students were undocumented,' he said. 'They are our future too. We are a nation of immigrants, and we all benefit when the best and brightest from around the world can live, work and contribute here. I hope we find the courage and compassion to bring people together and make this world a better place for everyone.
Facebook founder and CEO Mark Zuckerberg's great grandparents came from Germany, Austria and Poland, while his wife Priscilla's parents were refugees from China and Vietnam.
Microsoft :
Satya Nadella said through a statement on LinkedIn, 'As a company, Microsoft believes in a strong and balanced high skilled immigration system. We also believe in broader immigration opportunities, like the protections for talented and law-abiding young people under the Deferred Access for Childhood Arrivals (DACA) Program, often called "Dreamers".
'Immigration laws,' Nadella noted, can and should protect the public without sacrificing people's freedom of expression or religion. And we believe in the importance of protecting legitimate and law-abiding refugees whose very lives may be at stake in immigration proceedings.
'As an immigrant and as a CEO,' he added, 'I've both experienced and seen the positive impact that immigration has on our company, for the country, and for the world. We will continue to advocate on this important topic.
The company clarified that it was providing legal advice and assistance to its employees from the banned countries.
Microsoft CEO Satya Nadella was born and raised in India.
Tesla :
SpaceX and Tesla CEO Elon Musk tweeted, 'The blanket entry ban on citizens from certain primarily Muslim countries is not the best way to address the country's challenges. Many people negatively affected by this policy are strong supporters of the US. They've done right, not wrong and don't deserve to be rejected.
He also tweeted a full draft of the executive order, noting 'Please read immigration order. Lmk specific amendments. Will seek advisory council consensus & present to President.
Musk -- who was anti-Trump till November 8 but now sits on Trump's council of business advisors -- added, 'There is no possibility of retraction, but there is possibility of modification. It's just a non-zero possibility. Don't know more.
Tesla CEO Elon Musk is an immigrant from South Africa.
Amazon :
According to The Verge, Amazon said in a memo, 'Amazon has been committed to equal rights, tolerance and diversity -- and we always will be.
'As we've grown the company, we've worked hard to attract talented people from all over the world, and we believe this is one of the things that makes Amazon great -- a diverse workforce helps us build better products for customers.
Amazon has offered legal counsel to affected employees and their families.
Amazon CEO Jeff Bezos was born Jeff Jorgensen. He was adopted and raised by his stepfather Miguel Bezos, an immigrant from Cuba.

We are looking for    Software Developer ( C++)  For the below mentioned job description. Kindly forward me your resume, rate and contact... 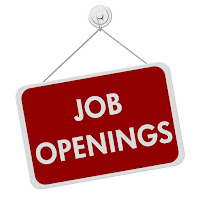 Join for free and get job opportunities directly to your inbox